You might not have heard of the avant-garde jazz duo Piim, but it’s about time you listened to them. 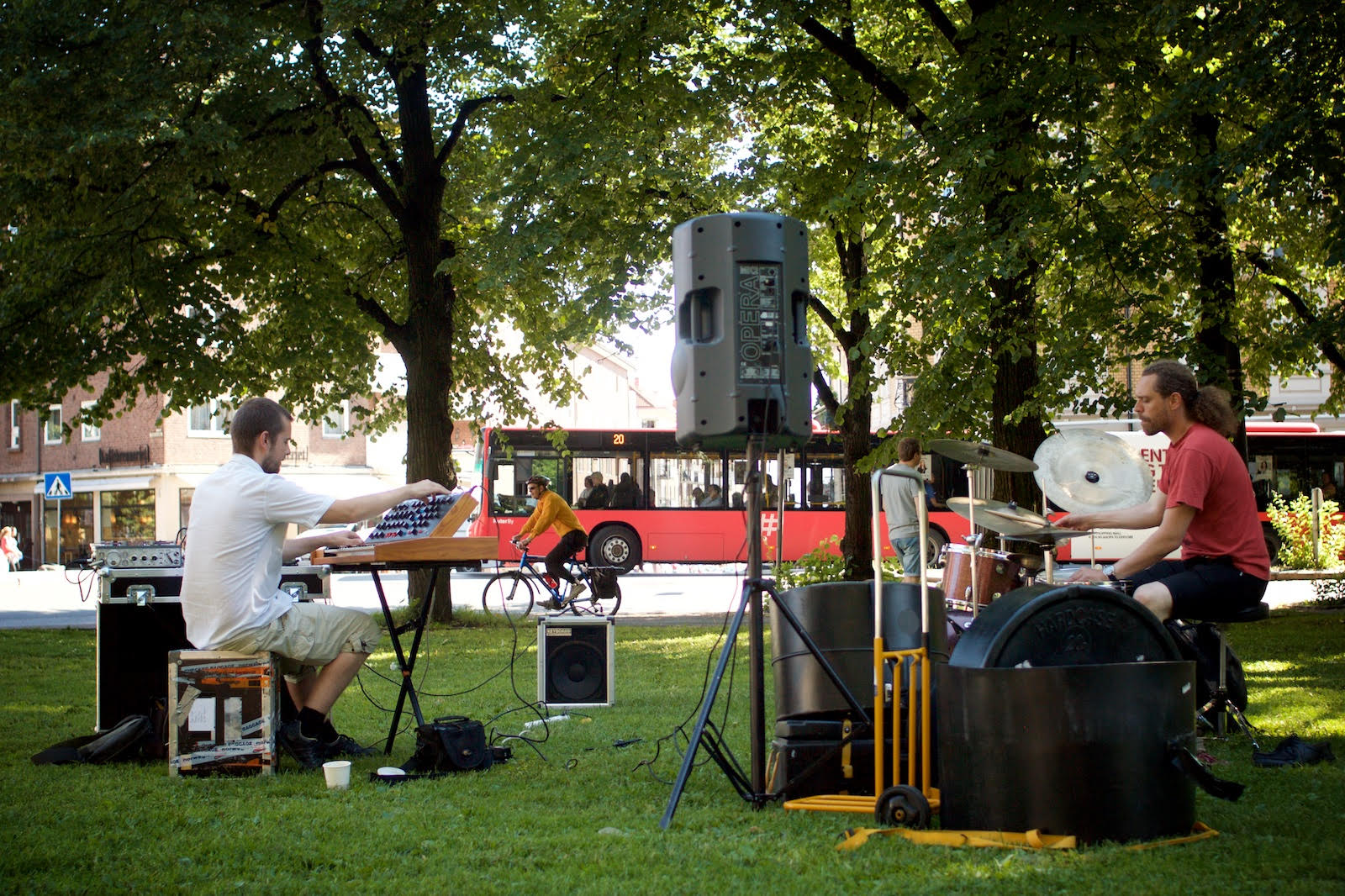 Last year Piim was going to perform at Kafé Hærverk, but K.H. almost forgot about the booking and therefore did not promote the show at all. The turnout was poor but two of the few who turned up were Vegard and Petter, the team behind Kafé Hærverk, and they were ”totally floored” by the performance. It was so good that they considered to publish their music and invite them for another gig later, but we couldn’t wait any longer — we invited Piim to play at our launch first.

Listening to Piim is like listening to the drums and the synthesiser talking to each other in the most delightful and relaxing way, or it’s like when you are lying on your sofa at the weekend, unwinding and hearing the arbitrarily orchestrated sounds of the birds, the traffic and the wind, discovering the harmonious sonic patterns of the surroundings.

Like what Vegard and Petter mentioned in the interview in the music issue of Oh Oslo, it strikes them as weird that there are way too many low-profile yet brilliant musicians that don’t promote themselves at all — Piim is one of those. That’s why we are absolutely thrilled to share Piim’s performance with you at our launch in two days!

Piim is an avant-garde jazz duo that consists of Bjørn Thevik on synthesizer and live looping, and Stig Rennestraum on drums. Both trained as jazz musicians at NTNU, they have played in different jazz bands and projects, including their other group Dinosau together with Lena Nymark. As a little-known group, they performed at Kafé Hærverk in August last year and their performance ”totally floored” Vegard and Petter, the team behind the new alternative music venue Kafé Hærverk. In the interview in the music issue of Oh Oslo, Vegard and Petter claimed that it was the best live they have seen in years.